What Are the most played Pokemon GBA in 2022?

The Gameboy Advance ran flawlessly, and like any Nintendo system or handheld, it had its share of Nintendo-developed games, including Pokémon. The GBA has a number of Pokemon games, and it’s good to see that there are various variations. We have games from the main series as well as a few spin-offs, including the Mystery Dungeon and Pinball series.

Be at ease; we have a list of the top Pokemon GBA. We’re just adhering to the structure utilized in the classic Pokémon video games. These renditions of the games that debuted on Nintendo’s portable purple powerhouse are some of our all-time favorites among the best Pokémon ROMs. To add some spice we’ve also a list of best PSP Roms to download for free

They bring us back in time while simultaneously providing something fresh and fun to experience. Let’s get this Pokelicious adventure started by moving right on to Number 12.

The best Pokemon GBA are frequently quite challenging and mind-bogglingly tricky. Liquid Crystal, on the other hand, evokes memories of a warm embrace from a long-lost relative and a stroll along nostalgia lane with a side of hot milk.

A game that, in a sense, unwinds all the wrinkles in your brain.

Play around with the new time-sensitive aspects that have been incorporated into the gameplay while exploring the Orange Islands, Kanto, and Johto.

Pokemon Mega Power is automatically one of the top Pokemon GBA ROM because everyone adores Pokemon Emerald.

Contrary to convention, Mega Power experiments on pocket monsters to increase their strength.

A mysterious character with enormous wealth is financing the main character’s quest. It’s unclear if they want to learn more about Pokemon or if they simply want to create a team of super fighters fueled by roid rage—probably the latter.

When you tackle new opponents and figure out what’s going on, you’ll run across plenty of well-known faces thanks to the three new regions to explore and Pokemon from generations four through seven!

Pokemon Red and Green, the original game, were recreated in Pokemon FireRed and its sibling, LeafGreen. While Generation I was the original, Ruby and Sapphire introduced some new features to FireRed. The original tale is still included in FireRed, but it also includes some new material.

In addition to other new features, it has Pokemon Natures and Abilities. If you enjoy the original Pokemon, the upgraded Gen II and Gen III Pokemon are always welcome.

Pokemon Radical Red is the game that has had a lot of new features added. A FireRed-based GBA ROM hack is well renowned for its difficulty, but it doesn’t imply the game’s overall quality deteriorated. Make use of the Physical/Special divide, Fairy Typing, and available Pokemon through Generation 8.

You May Like: 10 free Nintendo switch ROMs and ISO

Ever heard of the Pokemon Sword/Shield DLC Isle of Armor? Get careful not to be astonished because this game also includes the moves from that DLC. Massive simply refers to the number of features available in Pokemon Radical Red.

Have you ever considered what may occur if Pokemon began making decisions and took center stage rather than the trainers?

That is the fundamental premise of this game, which I think you already know if you’ve seen Detective Pikachu. Additionally, you must learn why you changed from a human into a Pokemon while also saving lives.

Although it may seem a little disorganized, I promise it’s great.

It’s one of those games that are extremely difficult to put down, a good departure from the original Pokemon premise, and one in which turn-based battles require you to make your own judgments.

Find out how to get back into your human form, battle in dungeons, and transport items from one location to another!

In typical Pokemon games, you can only travel inside a single region. However, Light Platinum allows you to explore Zhery and Lauren.

In the Pokemon series, there is a huge variety of Pokemon from all the previous regions, the Elite Four Rivals, and tough-as-nails gym leaders who are fighting to keep their places.

Oh, and did I forget to mention that you can also switch between dimensions?

Yes, this ROM never fails to please! Additionally, you compete in the Pokemon World Championship right toward the conclusion. Quite amazing, huh?

Let’s look at Pokemon GS Chronicles, the seventh game on our list of the top Pokemon games on the GBA. I love Gold and Silver so much, and this GBA Rom basically goes further than the original games.

Mega evolutions, additional Pokemon, and new areas to discover are all on the table. Additionally, GS Chronicles receives updates to stay current and interesting, unlike many other GBA games.

The excellent Pokemon GBA Flora Sky takes our list of the top Pokemon GBA games. We’re talking about an epic confrontation between Palkia and Dialga, one that turns out to be so fierce it creates a reality-altering portal.

A doorway via which Giratina enters the world.

Yes, that is the point at which you should flee.

You must plug that rift before additional monsters pass through and make things worse in addition to collecting Pokemon and supplies.

Team Aqua and Team Magma are coming to fight, but they aren’t going to stand a chance against you when Mew, Shaymin, and other incredible pocket monsters are on your side. This is another game where you don’t really need to devote all of your concentration to it, but the day/night concept makes for some fascinating gaming. A good-hearted game that should be able to easily fit into the main canon!

Pokemon GBA has advanced significantly since it was initially made available a number of years ago. As more updates are released, GBA becomes more and more novel. Another game that has been updated and enhanced over time is Pokemon Unbound. Unbound was recently updated to take advantage of all of its capabilities.

With a distinctive mission system, regular events, mini-games, and difficult puzzles, Unbound is a substantial improvement from its basic Rom FireRed. This game is a must-play for the year because there is so much more to explore in it. Dare not leave this game off your list of must-play games.

In our ranking of the top Pokemon GBA ever, Pokemon Glazed comes in at number ten!

This game is for you if you want to play a fascinating game where players must explore ancient ruins and figure out why the worlds of Pokemon and the real world are set to clash.

I understand that is a fairly particular request, but go with it.

As you gather and engage in combat with monsters from the Rankor, Tunod, and Johto areas, you can choose from one of five starter Pokemon.

There are also legendary rascals from every area, including eight from Unova, to be caught.

Talk about assembling the ideal group!

The GBA games had to step up their game after the popularity of Gold and Silver on the GBC. And they didn’t let us down. They continue to be the console’s biggest success.

The world of Hoenn felt new and thrilling, a new universe with endless possibilities. They were the first game where you could choose a boy or girl as your character, and even though the formula was the same one that we all know and love.

350 brand-new Pokemon to catch, new bad people, to defeat, and a race against time to stop Groudon from wiping all humanity.

Yes, things are about to get very serious, very quickly!

In our ranking of the top Pokemon GBA ROM hacks, Pokemon Dark Cry moves up to the sixth place. This ROM, like Dark Rising, features a rather intricate plot with several perplexing, surreal twists.

A tremendous earthquake occurs as a shadow approaches you as you awaken in a strange cave. You regain consciousness and realize it was all a dream. However, that dream is going to come true in a way that you could never have anticipated.

Use the PokePaper, a resource that provides instructions for each stage, as you go through Trion’s brand-new area.

Participate in fun mini-games, explore side quests, and have a fresh Pokemon adventure! It’s one of our favorites, therefore you should absolutely think about downloading it! 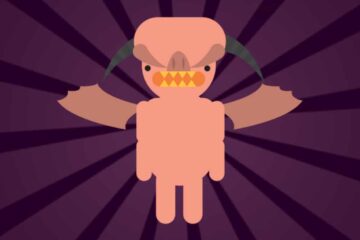 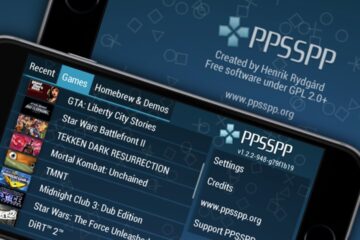