You are having a potato pc like me but still want to play some amazing games. Well, we’ve made a list that contains the top 5 best games for low end PC. Here is the list.

Assassin’s Creed is an action-adventure video game. This game was developed by UBISOFT Montreal. The game Initially was released on November 13, 2007. The game was released for PlayStation 3 and Xbox 360 in November 2007 and was made available on Microsoft Windows in April 2008. This game is a bit old but still fun to play. You can easily Play on any pc having 2GB ram and with a core 2 duo processor. This game is Best Games For Low End Pc. Here are the system requirements for Assassin Creed 1.

In order to run this game properly, your PC MUST meet or exceed these minimum requirements.

Deadpool was one of the most famous game and gamers still love it. The release date for Deadpool was June 2013. An adventure game based on the Marvel comics “Antihero“. This game was developed by high moon studio and then was published by Activision. It was released for Microsoft Windows, PlayStation 3, and Xbox 360 in June 2013. This is the Best Games For Low End Pc.

If we talk about the gameplay of Deadpool. Then you will fall in love with this game. Graphics are so realistic on a potato PC. I’ve played this game and this is fun to play. If we look at the system requirements here is the required list.

Gameplay mostly consists of fighting enemies using both melee weapons and guns, with new combos becoming available to Deadpool as he progresses through the story and obtains upgrade points. The game breaks the fourth wall by having Deadpool verbally interact with the player based on their skill and progress.

Deadpool is armed with both guns and swords, but he also has access to giant hammers, plasma guns, and a range of other weapons. A short-range of teleportation moves are possible as well. As he slowly falls apart while sustaining damage, players must avoid further damage to recover health. The game also features several stealth segments, where Deadpool can eliminate enemies silently with either his melee weapons or guns, though gun “stealth” kills will immediately alert all nearby enemies. Deadpool was removed from stores on November 16, 2017, Due to some licensing issue.

Mafia is a 2002 action-adventure game developed by Illusion Softworks and published by Gathering of Developers. The game was released for Microsoft Windows in 2002. It is the first installment of the mafia series.

This game is mainly open world game so you have the facility to play the game as you want to play it. This is crime based thriller game. A third person shooting in an open environment. Developers have done their part in graphics and sound. You will get a lot of hardcore missions which make the game more competitive and fun. Here is the system requirement for mafia city

You can simply buy an original copy from the store or download it from HERE.

Here is another game from UBISOFT Montreal. Far cry 2 is a first-person shooter game developed by Montreal Industry available on Xbox 360 PlayStation and Windows.

You are a gun for hire, trapped in a war-torn African state, stricken with malaria and forced to make deals with corrupt warlords on both sides of the conflict in order to make this country your home. You must discover and exploit your enemies’ weaknesses, neutralizing their advanced numbers and firepower with wonder, subversion, foxy and of course brute force. fire experience the warmth of the maximum sensible hearth ever visible in a video game! Use wind and propagation to surround and trap your enemies. take hold of your Molotov cocktails or flamethrowers to take out your enemies.

No more obstacles. Open environment everything is destructible and alterable.
Open world experience while roaming in more than 50km without any loading. Explore living African world and experience the vast environment.
New Weapons and vehicles. Medic will drag wounded soldiers to safety thanks to artificial intelligence. Also the multiplayer mode in this mode you can challenge your friends.

Need for Speed: Most Wanted

Need for speed is an open-world racing game developed by Criterion Games and published by Electronic Arts. This game was released on 20 October 2012. The game has been set in Rockport city and I bet you will play this again and again.

Breathtaking gameplay will obsess you because the competition is high and tough. You can select multiple modes like quick race and career mode. The graphics are absolutely fine.

System requirements For need for speed most wanted

This was the list of the top 5 best games for low end pc. Subscribe to newsletter for more amazing updates 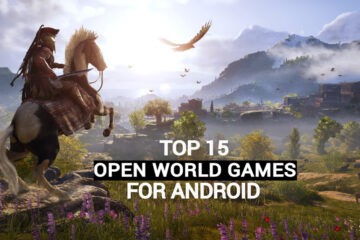 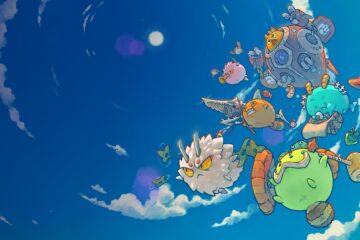