What are the best free mac games in 2022

That doesn’t mean our Mac-using friends will have to buy a Windows PC to play games. Many popular Windows games have now been ported to macOS.

And Mac users have a plethora of free titles to get them started on their gaming journey. So, if you’re a Mac user looking to expand your gaming horizons, you’ve come to the correct place.

Everything comes at a price, and you might think that these Mac Games are not free. But guess what, these are free games you can play without paying a penny. But if you want to purchase some in-game currency, You gotta pay bro!!!

Here is the list of the top 10 handpicked free mac games.

Heroes of Newerth, one of the best real-time strategy games of all time, deserves to be on our list of the Best Free Games for Mac users. The game’s concept was inspired by Warcraft 3, and two teams of up to five players take on the role of unique hero units.

Each user, armed with AI-controlled forces, sets out to destroy the other team’s base.

The Legion and the Hellbourne are two teams of players in Heroes of Newerth. Both teams’ bases are located on opposite corners of the map. Buildings, barracks, towers, a hero spawning pool, and a central structure make up bases.

The purpose of the game is to either destroy the opposing base’s major building, the World Tree (Legion) or the Sacrificial Shrine (Hellbourne), or force the opposing team to concede.

Players accomplish this by selecting heroes with distinct abilities to combat the opposing team.

If you’re looking for free games for mac, Team Fortress 2 is the finest option. Valve created this team-based first-person shooter.

Players must select a character from one of several classes, then join one of two teams and compete in a number of game modes such as capture the flag and king of the hill. The game’s graphics are so appealing that it is one of the greatest free Mac games.

The game is not entirely free. Players can purchase unique weapons, clothing, and other items that are not required to stay participating.

Whatever your personality and background, there is a character in the game for you. Before plunging into one of TF2’s many game modes, like Capture the Flag, Control Point, Payload, Arena, King of the Hill, and others, you may sharpen your skills with extensive training and offline training modes.

There are hundreds of guns, caps, and other objects to collect, craft, buy, and trade. Adapt your preferred gameplay style and personal preferences to your chosen class.

DOTA 2, like League of Legends, is a multiplayer online combat arena game in which the goal is to destroy the enemy’s base. The structures in the game have an antique and vintage appearance.

There are hundreds of different heroes to pick from. Each of these heroes has a unique play style. The heroes are free, and none of the characters must be purchased.

Based on the affection and demand it receives from players, we can state that DOTA 2 is one of the finest free Mac games.

An action role-playing game set in a gloomy fantasy universe.

Path of Exile’s gameplay and graphics are extremely similar to Diablo 3, but it aspires for an even greater emphasis on intense combat, powerful items, and rich character customization.

Path of Exile feels more like a Diablo 2 sequel in many ways. Whereas Diablo 3 caters to more casual players, Path of Exile is more difficult, punishing, and sophisticated.

In fact, it may be a touch too difficult for some. Path of Exile is also a darker and more dismal game, similar to Diablo 2.

EVE Online is another complicated and intimidating MMORPG that you can play for free on your Mac. The game was not previously featured on this list, but it has lately gotten new patches and 64-bit compatibility, making it a stronger contender for inclusion.

EVE Online provides a space sandbox in which you can do pretty much whatever you want. Do you want to fight in space?

You’ve got it. Or perhaps you prefer to remain neutral and merely trade with other worlds. That is something you can accomplish as well.

It’s not the easiest game to learn, but it rewards you handsomely if you put in the effort.

One of the best free Mac games apps on this list is StarCraft 2. The most intense and well-designed gameplay may be found in the real-time strategy game.

StarCraft is a successful sequel to the video game StarCraft & Brood War expansion, which was released in 1998 and quickly acquired popularity.

With over 29 main missions and one hidden secret mission, this sequel sees the return of three species from the previous game. You can even play unranked matches against other players or AI.

It is one of the top mac online games. In the whole story mode, individual commanders for co-op games, announcers, and skins are thereafter available for purchase.

Thousands of Zerglings will bring your fledgling home base tumbling to the ground if you merely blink at the wrong time. As a result, you must pay closer attention while playing this game.

Another Blizzard product on the list is the critically praised World of Warcraft. The game, which offers one of the most expansive virtual open worlds ever developed, is easily one of the most addictive games I’ve ever played.

Players can create characters from a wide range of classes and races, which are separated into two warring factions, the Alliance and the Horde.

Each class has its play style, and each race that qualifies for the class carries with it some of its distinct passives, providing players with a variety of various ways to play the game.

The game has both PvP and PvE components, with the option of fighting with your faction to take down players from the other group or joining a guild to take down giant epic monsters distributed across the large open world.

The game is quite engrossing and has a wonderful storyline, making progress through the game worthwhile and entertaining. While World of Warcraft isn’t free, you can play the first twenty levels for free to get a good concept of the game’s fundamentals.

If you enjoy the game, you can pay a little charge to continue playing past level 20.

Lord Of The Rings Conquest

If you want a free adventure game for macOS, Lord of the Rings is a good choice. The game follows the plot of the books and movies and provides free access to practically all of the game’s features. Anyone who enjoys the old MMO formula will enjoy this game.

The amount of enjoyment you can have with this game without spending any money is incredible. It is also one of the best free online Mac games.

Depending on the campaign or side chosen, the player assumes the position of a soldier of Rohan. Gondor, Rivendell, Harad, Mordor, or Isengard. The game is mostly objective-based, with the player having to destroy a particular number of adversaries or maintain a position until a timer runs out.

If a soldier dies, the game resumes from the moment of death. And has no effect on the storyline or flow of the game.

Players, on the other hand, have a limited number of lives and must replay the entire level if their lives run out.

CS: GO is a team-based first-person shooting game that is available for both Windows and Mac. It is the fourth instalment in the Counter-Strike series and is widely regarded as one of the greatest free games for MacBook users.

The game is split into two groups: terrorists and counter-terrorists. Both teams have distinct aims based on the various game styles.

CS: GO was published in 2012, expanding on the team-based gameplay introduced 19 years earlier. Because of the additional maps, characters, and weaponry, as well as the surprisingly strong gameplay. CS: GO quickly became one of the most popular games on the planet.

And now that the game is completely free to play on Mac and includes a Danger Zone, a brand-new battle royale mode. Counter-Strike is a must-have for anyone slightly interested in shooter video games.

It’s worth noting that the Best Mac games are a bit addictive, and you’ll constantly want to do better in each combat, to win one satisfying kill.

0 A.D. is a free and open-source real-time strategy game developed by Wildfire Games that focuses on a historical war similar to the Age of Empires. In truth, the game started as a total conversion mod concept for Age of Empires II: The Age of Kings before branching off into its title.

The gameplay is similar to Age of Empires, with players training armies and doing technology and combat research to defeat opponents.

The game features thirteen historical civilizations, each with its advancement tree, unique armies, and play styles. Although, What’s truly cool is that the game will operate on any Mac purchased after 2006.

all you need is OS X 10.8 or later. It’s one of the best free Mac games available. 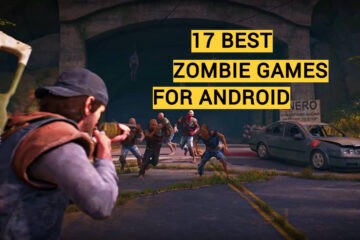