Not everyone feels like paying a premium to get their fill of thrills. Those looking for ultimate cheap thrills have come to the right place. Thanks to some of these free-to-play creepy horror games. Here are the best horror games online free.

One of the best free-to-play horror games of all time due to its unique combination of Silent Hill and Half-Life. Cry of Fear is the best game to play for free. An 8-hour campaign, and multiple ending scenarios, on top of co-op experience and modding community that satisfies anyone left wanting more.

Cry of Fear takes the base of Silent Hill’s otherworld and puts it into a first-person survival shooter. While the addition of heavy weaponry feels like it might dampen the horror experience, CoF does a fantastic job at making the player feel helpless nonetheless, with limited resources and unsuspecting scares lying around every corner of the game.

Dark fracture still has no release date. But if Prologue is anything to go by, It’s one of the better free-to-play horror games on steam. The audio and the visuals provide a disturbing atmosphere. while the puzzles contribute the right amount of horror and challenges.

The prologue is designed just to give the players a little taste of what they can expect in the full release. This game has its own story and does an excellent job introducing the main character Edward.

The eight pages has almost been around for a full decade now. It will likely make some readers feel old. But for those who are yet to play the game though, it remains wonderfully fresh. It certainly helps that the game never really relied on visual fidelity to get its scares across, instead focusing on a terrifying character who could show up at just about any time.

The game draws much of its attention from its uncertainty as well as its dark atmosphere and muted black color palette. it’s one of the best free-to-play games around.

This game cost $3.99 on steam, while that is the best way to experience this horror game, The free version should not be dismissed either. Released in 2012, that uses the player’s computer against them. This game is famous because of its unpredictability. You should try this game once because this is one of the best horror games online free.

Some of the more recent changes made to Deceit have arguably cheapened the overall experience, but that’s not to say that there isn’t still a lot of fun to be had with this asymmetrical multiplayer horror game. The developers have done their job very well, ensuring that controlling one of the infected is just as fun as playing as survivor.

The mysterious setting in which the game takes place gives off an incredibly sinister vibe, while the blackout periods that point the end of each zone really increase the tension. Everything tends to happen incredibly quickly too, forcing players to think on their feet, particularly when faced with an infected in their terror form.

Blameless is shockingly effective. Steam has plenty of free horror games, but few come close to surpassing the simple brilliance of this 2016 release. The setup is straightforward: an architect visits a desolate house. Gets knocked out, and wakes up alone in an intimidating part of the estate. Now, they must puzzle together a few tools and make their way out.

Blameless relies on atmosphere and mounting tension through environmental storytelling. Steadily building up anxiety towards a final scare that makes the whole experience worthwhile. While not scary as Resident Evil 7 but it can give resident evil 6 a run for its money.

Play With Me is quite straightforward, which works in its favor. Finding themselves in a spooky house, players must search through the rooms for candles; however, they are not alone. The main villain’s design is the stuff of nightmares, regardless of whether someone has a pre-existing aversion to clowns or not. Play with me is one of the best and scariest horror games online free

No More Room In Hell

Released on Halloween back in 2011. No More Room in Hell still holds up fairly well today and continues to receive semi-regular updates. At first glance, it might seem like just another zombie survival game, but it’s full of character and, thanks to its eight-player co-op, is a lot of fun to play as well.

With a sequel currently in the works, now is a great time to check out what No More Room in Hell has to offer. If only to prepare oneself for what’s soon to come.

Although Spooky’s Jump Scare Mansion starts with a simple atmosphere and funnier tone, the game becomes a lot more like a traditional horror experience over time. Its cutesy aesthetic might make it seem like a bit of a non-starter in that respect, but it really does come into its own as the narrative progresses.

From the studio behind Evolved and Back 4 Blood comes to Face Your Fears, a free-to-play VR horror package split into distinct experiences. As the title suggests, the stories all revolve around challenging common fears. Outside of scrolling through a menu, users are passive participants in these shorts, so this release is more of an immersive movie than a standard game.

Also, not every experience seeks to terrify the audience to their core, although they are all scary or intense to varying degrees. Face Your Fears 2 is a premium experience, and a decent one at that, but its predecessor’s free status makes it a must-own install for anyone with an appropriate VR headset. 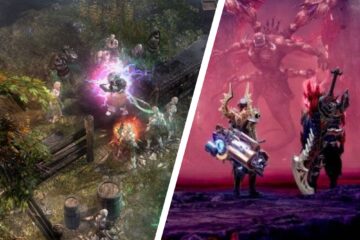 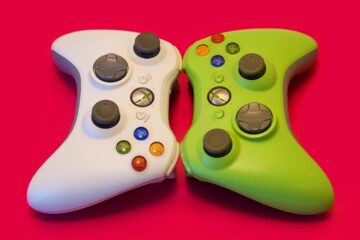 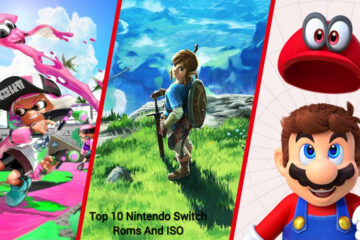 3 Best Xbox Emulator For Android In 2022

Get ready to have a flash of old…