Since its release almost a decade ago, Re-massive Logic’s 2D sandbox game Terraria has quietly grown to become one of the most popular and widely played independent games, with over 27 million copies sold.

This deep and sprawling adventure successfully combines Metroidvania gameplay with retro action and crafting in a 2D environment to be both recognizable and distinctive.

Let’s Kick Out with the 13th Game on the list

This game is a 2D sandbox survival crafting game. You will be able to build homes and make tools, weapons, and armor from the resources you gather as you explore a huge 2D side-view area.

The cycle of day and night allows for the discovery and slaying of several scary monsters.

There are various risks and swarms of undead during the night. You will find terrifying creatures and ages-old dangers waiting for you in the depths of dungeons.

But you’ll have to muster up the guts to go inside. You won’t be able to create cutting-edge gear, create strong weapons and armor, complete missions and objectives, or discover all of this planet’s mysteries without going there.

You may Like: 15 Best anime games on steam to wishlist right now

A first-person open-world factory-building game with a splash of combat and exploration is called Satisfactory. Explore a strange planet, build multi-story industries, and enter conveyor belt heaven as you play alone or with pals!

Conquer nature by erecting enormous factories all over the area. Anywhere and however you like, expand. Several important natural resources on the earth are just waiting to be used. It is your responsibility as a FICSIT employee to see that they are effectively utilized.

The hazards to your newly discovered civilization in this space survival simulation game include a shortage of oxygen, a loss of warmth, and a scarcity of food and water.

And it’s your responsibility to make sure you maintain them healthy so that civilization can advance. Simple, right?
Search deeper within the planet for more resources to keep your population alive. You need to act quickly and try not to get anxious because as soon as you start playing, your oxygen supply starts to run low.

Giving your colony residents chores and games will help players keep them happy and active while also keeping a cozy environment in all senses.

Search for both hidden treasure and missing members of your family. It’s illogical, strange, and peculiar. Undoubtedly everything we would anticipate from one of the best independent Switch games!

As you overcome obstacles in this vast side-scrolling environment, go for gold on your own or in groups with your friends online.

If you enjoyed the first Spelunky, you’ll be delighted with the follow-up. It has a tonne more detail, giving the levels a textural richness akin to Rayman.

To put it another way, it’s a feast for the eyes!

Along with playing online, you and your friends can play from the same couch while tackling the mystery together and exchanging ideas and thoughts along the way.

This role-playing game focuses on survival. Players create a persona, then utilize them to explore their surroundings, just like Crea did.

Additionally, as this is one of the greatest games like Terraria, digging deeper to uncover resources and enemies is crucial to the gameplay as a whole.

The key distinction between It Lurks Below and Terraria is that the latter is a platformer, while the former is an RPG. You can choose from six different class options and endure a tonne of levels that are generated at random.

The talent tree makes survival simpler as your player advances. There are numerous bosses to defeat, treasures to find, and objects to seize (I was unable to use the word “I”).

Making a hazardous planet habitable for humans is your only task when you are sent there. In order to heat the planet, produce an atmosphere with adequate oxygen, and eventually geo-engineer a full planet.

you’ll need to live, gather resources, develop your base, and implement machinery.

To live, gather resources and minerals. Create all the equipment you’ll need to complete your quest. Investigate ancient wrecks and ruins to learn more about a mysterious planet.

Physicists will like the complex and dramatic world of Stormworks: Build and Rescue. Enter the ferocious maritime storms with your custom-built, block-based, and programmable vehicles.

With the help of the Steam workshop, you may export and distribute carefully created missions and vehicles to other players.

Play the game as you please. Players who enjoy letting their imaginations run wild will appreciate the plethora of creative tools and opportunities provided by custom mode.

You may design massive, intricate vehicles right away in this mode because you are not constrained by survival and realism restrictions. It’s perfect for those that enjoy designing crazy and ambitious custom creations or scale copies of real-world automobiles.

The adventures in Hallownest will feel like a terrible trip if you thought the floating eyeballs and zombies in Terraria were insane!

And I’m not talking about the kind of vacation when your connecting flight is canceled!

The underground exploration and escapades in the classic Metroidvania game Hollow Knight are reminiscent of Terraria. The difference is that the bosses seem to have stepped out of an R-Type movie.
Travel through a mushroom jungle, sneak into a city made of bones, and collect abilities that will help you get stronger as the game progresses.

In the open-world, sandbox adventure game TerraTech, you can design and construct your own structures using a combination of exploration, combat, and crafting.

Create vehicles such as cars, tanks, and planes using a vast library of building blocks. To survive and become the ultimate planetary prospector, scavenge, craft, and purchase new parts.

Build to your heart’s delight in Creative mode, challenge your Techs to beat the clock in the Gauntlet Challenge, or begin your career as an Intergalactic prospector in pursuit of fortune and glory in Campaign.

This Is only a prologue for the full game ‘Planet Crafter’

Making a hazardous planet habitable for humans is your only task when you are sent there. In order to heat the planet, produce an atmosphere with adequate oxygen, and eventually geo-engineer a full planet, you’ll need to live, gather resources, develop your base, and implement machinery.

To establish a base and be able to create life on this planet, you’ll need a variety of machines.

Prepare to start a fresh, honest-to-goodness life and create a home on an island modeled like the unruly Australian outback.

As you explore stunning landscapes loaded with frightening animals, protect one another in your new home and among your pals.

You can progress from a small hamlet with farms, shops, and attractions to a vast town after first camping beneath the stars. You’ll eventually attract guests who may opt to remain and make it their home as well.

This life simulation game, which draws inspiration from Terraria, has swept the globe and pretty much every console, including mobile, by storm.

A large, antiquated twist is introduced as players take charge of a dilapidated farm and attempt to revitalize it.

In addition to building, moving objects, and ensuring that people and animals are content, there is a dungeon exploring the area where players must battle enemies and unearth enigmatic mysteries.

Star Dew Valley Tops Our list of games like terraria. you can also play this game on android.

a wonderful example of what we can achieve with little funding if we just collaborate. A fast search on YouTube yields hundreds of absolutely astounding sheet metal and brick constructions.

Rust also provides a terrible view into the possible depravity of people who possess anonymity. Regular torturing, bullying, and humiliation of new players occurs without apparent cause and serves neither the abuser nor the victim.

You can’t even fall asleep for fear of waking up the next morning to find all of your riches gone and your doors were broken. 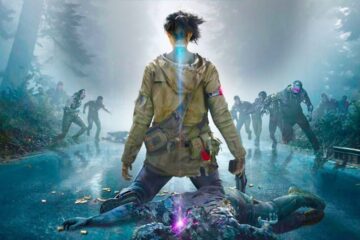 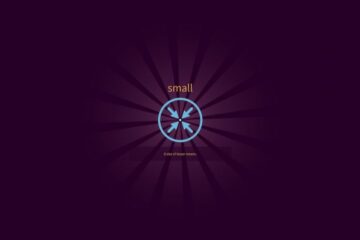 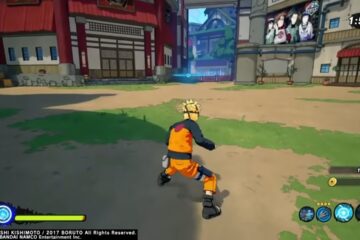