The Nintendo’s Best single player switch games to play at home or on the way.

One of Nintendo’s all-time most popular and influential systems is THE SWITCH. There is something special about traveling with a gaming device of home console caliber. But choosing what to play is getting more difficult every year as the selection of first-party and independent games expands.

The larger community is a key component of modern gaming. Modern multiplayer games like DOTA 2, Modern Warfare, and countless others have placed a strong emphasis on interacting with people worldwide to give players a sense of “togetherness.” If by “togetherness” we mean “other people to yell foul language at.” But what if you prefer to play the best Switch single-player games alone and aren’t interested in teaming up with other players?

Our list of the best Nintendo Switch games below may contain the next game you’ll enjoy. Scroll through to see our top picks and decide which ones interest you.

There are many options for the lonesome and alone, the single, and the solo. especially if you’re perusing the library on the Nintendo Switch. We’re here to pick the top Switch solo games out of the many that have been released for Nintendo’s hybrid console.

For its debut on the Switch, Fire Emblem: Three Houses, the series played it safe. It occurs in a setting of a school where everyone is divided into various groups and has a well-known personality type.

However, there is something appealing about gathering an army of allies and then sending them into battle, especially when it is surrounded by the customary political intrigue found in Fire Emblem games.

Join Noah and Mio, members of the opposing nations of Keves and Agnus, on a moving journey through a war-torn world with a dark secret. As you uncover the true enemy pulling the strings, traverse massive, fantastical landscapes and master seamless real-time RPG combat. Specific pairs of characters in your party can fuse to become a fiercely powerful creature known as an Ouroboros by joining together in battle via Interlinking.

Modify the form and Arts of the Ouroboros to fit your approach by changing who is in charge.

Since the 1990s, the Civilization series has established itself as a forerunner in PC strategy gaming. Civilization VI, the sixth installment, is available on the Nintendo Switch. The 4X (“explore, expand, exploit, exterminate”) country-building game places you and some early settlers on a continent of your choosing, along with a leader of your choosing.

It then departs from you to guide this new civilization into the future and beyond in whatever way you see fit. You can either dominate the entire world or strive for technological supremacy. Resource management is critical no matter which path you take. You’ll have complete control over everything from village output to architectural marvels produced by your civilization. Civ VI and its expansions are definitely among the best single-player Switch games you can play in 2022.

This action-packed, debaucherous romp is rife with hair and witchcraft. Despite not being designed specifically for the Nintendo Switch, Bayonetta 2 is the ideal single-player hack-and-slash title for the hybrid console.

When you play it in public, expect people to raise an eyebrow as your hair-covered avatar battles the forces of evil with her flowing locks. Bayonetta is unfairly compared to Dante’s exploits in a post-Devil May Cry world, despite being in a league of its own. Bayonetta 3, a Switch exclusive, has yet to be released, but we fully expect it to replace its predecessor.

Despite the delay from 2019 to 2020, Bayonetta 3 remains a highly anticipated release with PlatinumGames at the helm.

Get your shovels ready, kids, it’s time to… slay evil? Although it is not a sword, there is nothing that says a shovel cannot be used as a weapon. Nothing can stop the noble protagonist of Shovel Knight from mastering the shovel.

This side-scrolling adventure is reminiscent of classic platformers, with obvious influences from Zelda II: The Adventures of Link and DuckTales. That isn’t to say Shovel Knight isn’t its own experience; it most emphatically is. And it’s a surprisingly entertaining best single-player switch game that everyone should have on their Nintendo Switch.

Legend Of Zelda: Breath Of The Wild

The Legend of Zelda: Breath of the Wild immerses you in a vast, beautiful open world where you can fight dungeons, solve puzzles, paraglide through the skies, or simply cook some food. Breath of the Wild reimagines what an open-world game can be, with a truly explorable Hyrule where every mountain can be climbed and every hidden path leads to a new adventure (you can even rush to the boss if you want).

With memorable boss battles, a plethora of challenging puzzle shrines, a stunning art style, and some of the series’ most dynamic combat, there’s a reason many consider BoTW to be the best Zelda game of all time.

Hollow Knight combines a traditional Metroidvania game design with a dash of Dark Souls to create a sprawling 2D world that is both exciting and daunting to explore. What begins as a game in which you play as an insect-like being exploring a world full of sentient and feral insects evolves into a deeply engrossing adventure fueled by mysteries that emerge from conversations with characters, exploration, and inference from the overall world design.

After decades of only minor tweaks to the core Pokémon formula, we now have something quite different. Taking place in the distant past, complete with steam-powered Pokéballs, you must find and capture “noble” Pokémon that have been raging since your arrival, all while searching for the mythical Arceus and putting an end to the trouble.

It’s not the most mechanically smooth or visually appealing game, but that’s the fault of the Switch as much as it is of the game. Don’t be put off by the graphics, if you used to be a fan but have struggled to get excited about other recent installments, this could be the Pokémon game for you.

Dead Cells’ art style is difficult not to fall in love with. It’s almost impossible not to enjoy the familiar-yet-different gameplay. The roguevania experience is subtle in its execution, allowing the world’s lore to unfold through level details and area descriptions.

On their quest to defeat the monstrous Keepers, players must battle through dingy dungeons and overrun villages, slicing through hordes of villains. Unique items and weapons change the experience along the way, while special abilities and skills help the nameless hero level the battlefield.

Dead Cells’ backend is surprisingly involved, requiring players to experiment with weapons, items, and skills to find the best combination for each scenario.

The best single-player games are those that completely engross the player. They provide plenty for players to do, explore, and discover. They’re games like Stardew Valley, an RPG simulator in which your grandfather leaves you a farm in the titular valley after his death.

With the Joja Corporation altering the way Stardew Valley thrives, it’s up to you and your green thumb to rebuild the community center and revitalize the town. To do so, you must set out (alone), explore the valley, and gather supplies.

Put in the effort, and you could be the hero of Stardew Valley.

These are some of the best single-player switch games to play. You can also get them all on the Switch’s eShop, eliminating the need to leave the house. And if you’ve already played through all of those games, why not peruse our gaming category? you can find a lot of help finding the best game for your need. You might discover something new and exciting. Whichever game you choose, please stay inside and keep your home as clean as possible. Let us know in the comments what games you’ll be playing.

What are the best single-player switch games?

For those looking for something other than standard Nintendo fare, the Switch has a surprisingly large library of games aimed at a more mature audience. Heaven’s Vault offers fiendish language-based puzzles in a point-and-click style adventure, and Cuphead and Celeste both offer platforming action that requires a lot more precision and patience than the average Mario title.

Not that there’s anything wrong with the games of the famous plumber. Super Mario 3D World + Bowser’s Fury is my personal favorite on the list.

3D World is a fun mix of 2D and 3D Mario level design that can be played with up to four players, whereas Bowser’s Fury is an entirely new kind of open-world experience for Mario games that switches up the platforming with dangerous surprise appearances from a particularly angry Bowser. 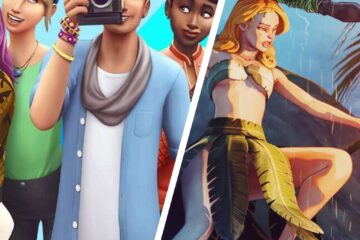 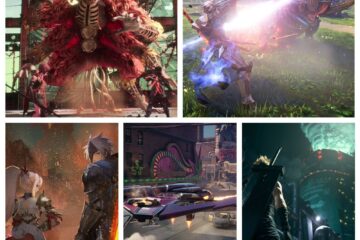 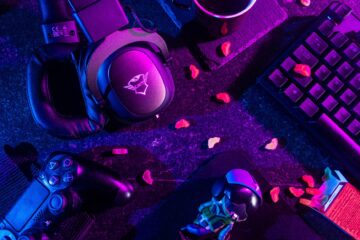