This list of the top retro games on Steam could satisfy your nostalgia if you’re hunting for those old-school games from your youth!

You might do worse than going back to some old games that have been given new life through Steam if you want to take a break from the buzz and bustle of contemporary games.

This list will only contain genuine retro games, defined as ones that are at least 15 years old, as we already have a list of the best Steam Games to Download for free. We will not include games that are only “retro-looking,” though.

Some of the top retro games available on Steam are listed in this article. As you explore these vintage treasures, pull up a chair and don your nostalgia goggles.

Gordon Freeman is introduced to a whole new generation of gamers via Half-Life. Which wins the Gold medal on our list of the best retro games on Steam.

After an experiment goes awry, cue a boatload of demonic aliens to invade your science lab. And if that weren’t enough, the Marines are also attempting to kill any potential witnesses to the experiment’s results in addition to the aliens.

As they try to flee the horrors of the facility. Players must survive against demons from another realm and people brandishing firearms.

Everything is viewed via Gordon’s eyes, which gives the story a vaguely Blair Witch-like vibe. It has an open feel to it in that there is no true level structure to follow and you can walk back through significant portions of the facility whenever you like.

Kill everything you see while using a crowbar or weapons taken from aliens. Can you handle the job?

Another World, a single-player action-adventure platformer released in 1991, is also referred to as Out of This World. It is a cult favorite that is renowned for its narrative, distinctive visual style, and atmosphere.

You play as the astronomer Lester Knight Chaykin in the game. After a lab accident, he finds himself suddenly transferred to another planet.

You will need to avoid, outsmart, and get past a variety of terrible enemies that will stand in your path in a faraway and frightening environment. To face the various challenges and enemies that lie ahead, you’ll need a thoughtful strategy that combines skill and reasoning.

The world of this excellent adventure game is truly beautiful. Strangely, when the art is enlarged, it still looks good.

Doom 64 is no doubt one of the best N64 games ever made. And playing the epic adventure on your PC or Steam portable with the same old vibes without having to blow dust out of your cart every time is a dream come true.

Players re-enter a harsh survival story of Humans vs. creatures from the depths of Hell in what is essentially an improved version of Doom 3.

Doom 64 gives you numerous games in one. In my opinion, making it the finest of the best vintage games available on Steam. Many of the major epic first-person shooter games are from the late 1990s. Turok 2, Wolfenstein, Half-Life, and others, have an influence on it.

Both games were developed by Square, so it’s no surprise that they are both excellent RPGs. To quote Shrek, Chrono Trigger is like a dream onion with many nerdy layers—it has everything.

Time travel is the only thing that could possibly improve an RPG, and that is exactly what happens in this plot. In the course of one game, travel from the primordial era to the post-apocalyptic future.

It’s no surprise that it came in first on our list of the finest SNES RPGs ever created as it has no annoying random encounters and early Zelda-like graphics. For crying out loud, the plot merits a book series.

Instead of that last GOT series, they ought to have made this.😁

When I initially started playing this game, I thought it was so strange, but I couldn’t stop attempting to advance to the next level.

Many claims that this 1992 platformer from Sega for the Genesis was among the best of its kind at the time.

You play as a figure in this inventive platformer who may gather several masks. Each of these grants you additional skills. One of them, for instance, might force you to discharge fireballs, while another might let you stick to the wall.

One of the most enjoyable aspects of this game was selecting which masks to keep and which was the best for tackling different obstacles.

Kid Chameleon utilized vivid backgrounds and general design to great effect. If you’re looking for a fun platformer with original takes and classic visuals, give Kid Chameleon a try.

Even though Cuphead came out first in 2017, it has a very retro feel. The fact that it is based on early cartoons from 90 years ago is largely responsible for this.

Although the aesthetics are right out of the 1930s, the run-and-shoot action is always in style. This game’s hand-drawn animation, which feels somewhat reminiscent of early Micky Mouse productions like Steamboat Willie, is what makes it so fantastic.

If you and a friend wish to try a 2-player co-op, Cuphead and Mugman are both available to play as. Couple that with a jazzy soundtrack of unique songs composed just for the game, and you have a contemporary title that evokes the nostalgia of a treasured artifact.

The worlds have strange Nightmare Before Christmas-style ducks and robots with unsettling grins. A little like something you could see conjured up in a Good Place to toy with the occupants.

I think that explains why the game is so peculiar—the main goal is to repay a debt to the devil! No Doubt one of the best retro games on steam.

The most well-known Castlevania titles must be mentioned while discussing some of the best retro games.

The Castlevania Anniversary Collection is a must-have if you enjoy this franchise. All of the Castlevania games from 1 to 4 are included in this bundle, along with a few extras like Castlevania Bloodlines and Castlevania The Adventure.

I can’t suggest the first Castlevania enough because it’s one of the hardest and best-designed video games ever created.

For everyone who likes vintage platformers and adventure games, this compilation is ideal.

In 2022, 3D characters in a 2D world might seem a little strange. But if you want the original game and not the one that has been upgraded with cutting-edge graphics to evoke nostalgic feelings. This is the version you need.

One of the most well-known RPG games of all time. With real-time combat and a plot that will have you anticipating pressing every button on the control. Or perhaps Josh, is just my friend, who knows?

A classic, Mega Man will always be. The majority of us have engaged in at least one game based on the blue bomber or its jump-and-shoot gameplay.

This game was so timely that it influenced an entire generation and provided inspiration for innumerable other games. Additionally, it produced spin-off series with gameplay that was either entirely distinct from the original, like in Mega Man Network Transmission, or comparable, like Megaman Zero.

It’s not only a fantastic action platformer, but it also features some of the best boss battles in video game history. Just play through the Mega Man Legacy Collection if you haven’t already.

The collection includes all of the greatest Mega Man games ever developed, including titles from 1 to 6.

created by the illustrious iD Software, just like Wolfenstein and Doom. A troop that has arrived in an alien land and is attempting to live is the subject of this game. To defeat your adversary, you must battle to get through a heavily held fort after losing hundreds of troops.

It appears that iD Software created similar but distinct games in order to capitalize on the success of its other products. This was a brilliant choice. With the help of this technique, they were able to continue developing their already lucrative intellectual properties.

The quake was a resounding success and even got a follow-up. Invading aliens in Doom, mythological monsters in Hexen, and wicked warriors in Wolfenstein 3-D.

You take on the role of the Ranger in the video game Quake, a warrior with a variety of weaponry who battles weird creatures including malformed ogres and corrupted knights. You pass across military installations, ancient castles, dungeons, and other odd places. 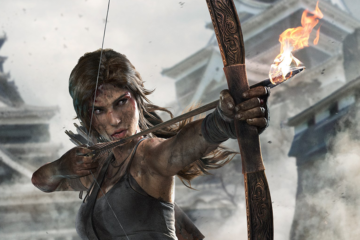 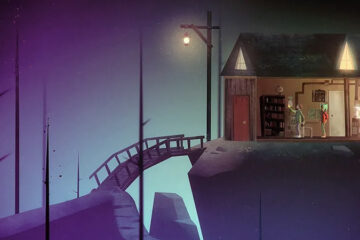 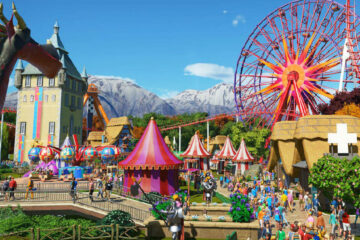