Everyone on this planet earth has played a video game once in their life. You’ve played a video game and it’s kind of fun. Now you bought a new PC to play more games to get more fun. Once you own the PC, now what? Your next aim is to find the games that meet your PC requirements and are easily playable on your device.

To solve this problem, we’ve created a list of the 10 Best PC Games for New Gamers, because finding the right game for you in this tremendous gaming industry is like finding the needle in a haystack.

Without further ado, let’s jump right into it.

Before getting to the main list. I just wanted you to know that this list is not in a particular order. But I bet, this list won’t let you down.

Garry’s mod is a free sandbox-roaming and self-contained game. This game is all about physics gameplay. Having exceptional and impressive detailed graphics makes this game more interesting.

Garry’s Mod has no set objective. Players can roam around and explore the world manipulating objects. The main challenge in the game is players have to manipulate and utilize the items such as furniture, props, and several different objects according to the challenges.

There are only two main featured guns in the game, Physics and Tool Gun. Physics guns can be used to freeze, pick up, and adjust the object. On the other hand, a Tool gun can be used for several tasks such as combining props and lifting wheels.

Garry’s mod has an exceptional rating of 10 out of 10 on steam. And the main thing is that this game also doesn’t require a high-end PC to run on your device.

All you need is 1GB of RAM (2GB is recommended) and 8GB of hard disk space to run this game on your PC.

Minecraft is similar to Garry’s Mod. I just don’t know the reason for this game not being on The 1 spot. But it is what it is. Let’s just move on anyways.

Minecraft is one of the best games in the world. There were more than 131 million Minecraft players around the globe at the end of 2020. The numbers dropped to 93 million active players when 2021 passed. And 2022 is still counting.

Minecraft has also no set objective. The main challenge is to survive in this game. You will be left in a random place, all you’ve to do is find a nearby village before night or zombies will kill you. At first, you can sleep in any villager’s house.

But you can also build your home to live in. I mean, why sleep in another’s house when you can build your own? You can build anything in Minecraft from the ground up.

Do you want to cross the river? make a boat for yourself. If you are hungry, find the objects and combine them to make something eatable. Going on a hunt? build one of your own swords and bow and arrow.

Once you’ve mastered Minecraft, you can use our Minecraft building ideas to build something awesome like making Starbucks in Minecraft.

Overwatch is often described as Hero Shooter. This game came out after the cancellation of a big multiplayer game Titan. Before releasing a complete version, Blizzard released an open beta version which lured nearly 10 million players.

There are 2 teams assigned when you start the game. A team has six members and every single one of them have different abilities.

Blizzard reported after the release of the game that they’ve earned more than 1 billion dollars from this game within 1 year. There were nearly 50 million players after 1 year.

Overwatch is often described as one of the greatest games ever made. Starting from a variety of games can help you expose your interest, and I think you must give this game a try.

Players can join one of 2 teams named RED and BLU. Players can choose from 9 different characters. TF2 features a cartoon visual style. TF2 is considered the best game ever made.

Valve who are the main developers behind the masterpiece continued their support server as of July 2022. New content was released over time. Team fortress received many positive reviews due to its gameplay style and humourous accent.

This could be a good start if you are trying to find the game with the right accent.

Portal 2 adds new features including tractor beams, laser lights, and light bridges that alter the player’s movement. The major factor for the player would be his health. You can’t lose your health because losing health will instantly result in death and you any progress made will be lost.

This game has great graphics but doesn’t require a high-end PC. All you need is a Core to duo processor and a recommended 4GB of RAM to play this game on your PC. You don’t need any of the graphic cards, it can simply run on Intel 5000 HD graphics.

Half-life is a series of first-person shooter games. This game is also developed by Valve. I know it’s the third time Valve is on my list but what can I do? They have already made 2 games in this list which were described as the greatest games ever made.

Right to the point, Valve released its first product in 1998 in which Freeman who is the main character of the game has to survive an alien invasion.

After the commercially successful game half-life 1, Valve released its second product with the name Half-Life 2 in 2004. The second installment got positive reviews also. With the new settings, gameplay, and character settings, Valve once again proved that they are the best company.

Over the following decade, several Half-life games were released and canceled. The latest installment is Half-life: Alyx which was released in 2020. Alyx takes place after the incidents of Half-life 2.

A plane crashed in the Atlantic Ocean and all the passengers in the plane have been drowned except for Jack. Jack managed to reach a lighthouse nearby where he finds the underwater city.

Jack fight with the Adam-obsessed enemies, genetically mutated citizens, and different big enemies. Jack can kill his enemies with several different weapons such as utilizing plasmids that give unique powers and by turning rapture defenses against them.

Bioshock received favorable reviews. To play this game on your device, you need 2GB of RAM and an intel core to duo processor.

As the name suggests, the Kerbal space program lets you create your own space program. You can build a space shaft that can take you and your men into space safely.

To get into the space, you need to collect several different parts. Each of the parts has its own functions so be careful. One wrong step can change the way how a plane flies.

In May 2017, the squad who was the developer behind the game announced that the game had been purchased by Take-Two interactive. An enhanced version will release in 2031

There is one goal in this game. Just kill.

Player fight with the hordes of zombies. You can kill zombies while completing different challenges. If you are a fan of the apocalyptic environment, you must try this game.

League of Legends is a multiplayer battle arena developed by RIOT Games. In the game, two teams of five players fight with each other to occupy half of the map. During the match, champions become more powerful by collecting extra experience points.

Once you’ve played the games we mentioned above to get some knowledge of different categories, you can choose from these our favorite games. You can try them and let us know in the comment section. 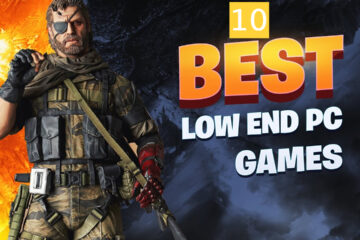 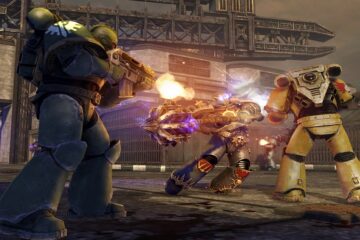 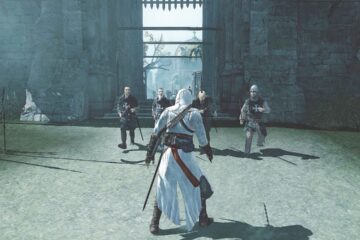