Are you looking for the best offline iPhone games to play right now?

Playing games is probably the most popular stress reliever. Whether you’re stuck at the airport, or simply looking for a way to pass the time. fun-filled games can help you beat boredom. However, with the rise of multiplayer games, most games now require an internet connection, which is inconvenient if you have a limited data plan or live in an area with poor connectivity. As a result, we’ve compiled a list of the 10 Best Offline iPhone Games and iPad to keep your gaming momentum going.

While most games nowadays require an active internet connection. But there are still a few that provide the best gaming experience when played offline. And in this guide, we’ll go over ten of them for your iPhone. We will cover a variety of genres such as shooting, puzzles, racing, and much more. So, without further ado, let’s get started.

The game differs slightly from the others on this list. The combination of monochromatic dark color levels. Impeccably crafted levels and the foreboding constant narrative in the background results in an enthralling adventure.

Concerning the game’s objectives, you must solve various puzzles. The majority of which require the use of science or physics, to be more specific. While this combination of dark humor and ambiguity in the environment may not be for everyone. Trust us when we say you are in for a journey like no other. The app has an average of 4 stars on the AppStore. Inside has been rated by over 23,000 people over its lifetime. There is more to look at, making this aesthetic game one of the best offline iphone games.

Need for speed no limits

The game starts you off in a classic NFS fashion, with you being arrested for racing and having to rebuild your garage from the ground up. This can be accomplished by competing in and winning a number of races spread across multiple chapters. Once you’ve defeated all of the mini-bosses, you’ll face off against the best racer in the city in a final race to complete the game. NFS No Limits is a simple racing game with impressive graphics, a variety of races, and locations in which you will find yourself, so download it now. Because this game is one of the best offline iphone games you will ever experience.

Alto’s Odyssey is a one-of-a-kind endless runner in which players snowboard through various landscapes. Alto runs to the right indefinitely, with players tapping to perform jumps and tricks. There are 180 goals to complete in the game, including tricks that require tricky thumb work.

Following Alto’s Adventure’s positive critical reception, the development team moved on to Alto’s Odyssey. Odyssey has the same endless running, trick performing gameplay as before, but this time it’s set in the desert. Wall-riding, water surfing, tornadoes, falling platforms, and balloon bouncing are among the new features.

Alto’s Odyssey should be at the top of your list. What makes these games different from other endless running games is the physics-based gameplay. With dynamic lighting, and weather effects such as fog, rainbows, and thunderstorms, it makes snowboarding a joy to play. You must try this game if you haven’t yet because this is one of the best offline iPhone games you will enjoy.

In town, there has just been a nuclear apocalypse. And you are one of the few fortunate enough to have survived. However, the task ahead appears to be even more daunting. Living inside an underground vault, you will have to make efficient use of the available scarce resources to give yourself and your townspeople a second chance at life after the apocalypse. a simulation game in which the player serves as the overseer of a Vault-Tec Corporation vault. As the overseer, one has control over all vault functions, such as power, food, water, and the number of vault dwellers. To progress through the simulation, one must expand the vault by adding and upgrading new rooms, each with its function, and then adding dwellers to run each room.

Threes is similar to the game 2048, which gained popularity in 2014. Slide numbered tiles on a grid to combine numbers that are multiples of three. As you combine numbers, the numbers grow in size, leaving less room for new tiles to appear. When there are no more movable tiles, the game is over.

The concept appears to be simple, but it is extremely difficult to master. It’s also very simple to pick up and put down, making it a best offline iPhone games.

Limbo is a fun puzzle-based adventure game that I recommend if you want to try it out. Set in a dark and foreboding universe, the game will test you to your limits. In terms of gameplay, you must play as a young boy who enters limbo to save his sister.

You must contend with a terror-infested forest, deadly spiders, and unexpected obstacles. To overcome each obstacle, you must think creatively and solve complex puzzles. The game will put your patience to the test, so don’t get discouraged because the clues may be hidden under the hood.

Despite having a difficult time dealing with unexpected obstacles, I was able to regain my mojo quickly. The gameplay never felt too difficult to me once I got a handle on the obstacles. Despite its age, this game never ceases to amaze me.

Minecraft appears to be the way to go for those looking for one of the best building games and games with a lot of room for creativity. The ability to explore infinite worlds has always piqued my interest in this top-notch offline game for iPhone. It can come in handy in letting you relax when you want to relieve stress or get lost in amazing wonderlands.

Another thing to consider is the desire for the freedom to create your own world. The app allows you to design your ideal home, from a lovely house to awe-inspiring castles. All you need to excel in this area is boundless imagination.

If you get bored with the creative mode, you can switch to the survival mode, where you must craft strong weapons and armor to protect yourself from dangerous mobs. Yes, you can also join forces with your friends to fight mobs.

badland is a puzzle platformer with an interesting twist. Players use a rotating cycle to guide a small creature known as a clone through the woods. Each cycle has its own colour scheme and traps, such as dawn, noon, dusk, and night. As the level progresses, night cycles in the game tend to feature more difficult traps.

Bandland 2 follows the same concept but employs new tactics. Water, liquids, flamethrowers, frost, magma, and other new hazards must be avoided. Badland 2 also includes a challenge mode in which players compete on leaderboards.

The ever-popular Grand Theft Auto series, which is so popular on computers, can also be played on your iPhone.

This app, which costs around $7, is strikingly similar to its PC counterpart, which means that anyone who enjoys the Grand Theft Auto series will be pleased to learn that he or she can play the game on the go without needing to connect to the Internet at all. This is one of the best offline iphone games you will play on your iphone. And I bet you will really enjoy it.

Infinity Loop was created to help people relax. The goal of this deceptively simple puzzle game is to connect dots to form unique shapes. You can easily stop and resume gameplay at any time because there is no timer. If you enjoy Infinity Loop, you should also try Infinity Hex or Brain Decipher by the same developers.

Q: What are the best offline iPhone games?

Ans: Here is the list of best offline iPhone games 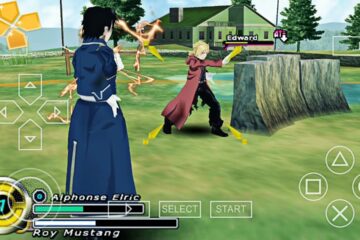 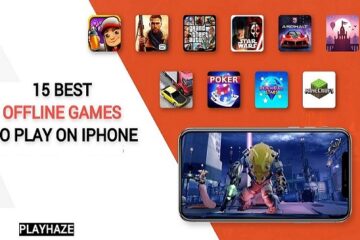 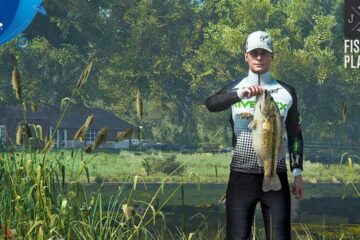