What are the best PS5 Horror games you can play right now?

With the right choice of game and console, You can have a decent amount of fear. Enough to keep you awake all night, but not so much to give you a heart attack? But who knows your heart condition….🙄

I always enjoy playing intense atmosphere or stories of monsters coming from the dark to give you a breath-taking feel that you wouldn’t expect in your life.

And we should be ready for similar situations through these Horror video games, Right??

So i’ve created this list of best PS5 horror games with several scary experience to sink your teeth into. Though perhaps playing these games will see something sinking it’s teeth into you instead.

Resident Evil Village stands firmly on top of the pile of rotting corpses that comprises our greatest PS5 horror games, narrowly losing out on the top spot on our best PS4 horror games list!

Why is it, you may wonder?

Since Resident Evil 7 changed the format from third person, more action-oriented titles to first person, the franchise has seemed to rediscover its uber-scary mojo.

From the decaying, terrifyingly dismal house setting of the seventh game to the titular village location of this eighth installment in the long-running series, protagonist Ethan Winters is pushed once more into some truly frightful goings-on.

The first-person perspective is extensively used, and the visuals, including ray tracing, are truly amazing. The audio and overall sound design are likewise outstanding, lending Resident Evil Village a tense, unsettling atmosphere.

Resident Evil Village is an unsurprising number one inclusion for the greatest PS5 horror games list, thanks to the superb music and visuals, a terrific cast of villains and awesome bosses, and an excellent storyline.

Another Bloober Team game, The Medium, features an extraordinary splitscreen visual method that allows the user to manage a character in both the’real’ and spirit worlds at the same time.

Its story also travels to some extremely unpleasant and dark places, incorporating some truly awful themes as the plot progresses.

They provide a sufficiently eerie, one-of-a-kind mood that complements the spectacular sights nicely.

Though initially a limited-time Xbox exclusive.

The Medium on PS5 is enhanced by the console’s DualSense controller, making this version the definitive one.

The original Dying Light game may have flown under the radar critically, but it sold exceptionally well on PS4. As a result, hopes for this PS5 sequel were high, with developer Techland promising a plethora of narrative options and compelling story beats.

While the finished product did not live up to those expectations, the open world title is nonetheless enjoyable. Looking for a way to switch off your brain and start slicing and chopping the undead?

Dying Light 2 is unrivaled in its genre. With a great parkour moveset, traversal has never felt better.

This is a game that feels as if its universe is designed to take advantage of the player’s abilities – a large, open playground to sprint, climb, and leap around in; simply getting from place to place is fascinating.

Though zombie-themed, this time there’s a greater emphasis on hostile human factions, making it less horrifying than the other games on this list but still providing a thrilling experience.

Combat is melee-focused and appropriately vicious, with a fatigue mechanism that can turn any close encounter into a lethal game of cat and mouse.

Caroline Walker has a horrible accident while investigating the abduction of twin girls in Winterlake. Caroline must battle for her life as she explores the corridors of the abandoned estate after waking up in the middle of the night, naked and hooked up to some kind of obsolete medical equipment in a bathtub.

Naturally, with nearly thirty years of technology advancement since the games that inspired Tormented Souls were published, it’s a title that can well beyond those 90s experiences in terms of audiovisual gimmicks to ensure you go to bed with the lights on.

The backdrop of the game – a house turned into a hospital in which the player character must investigate the disappearance of twin girls – is tremendously eerie and used to fantastic effect; this is a game that will stick in your memory long after the credits roll.

Set in 1944 Italy, Martha Is Dead is a dark first-person psychological thriller that blurs the borders between fact, superstition, and the tragedy of war.

As the fight between German and Allied soldiers heats up, the desecrated body of a lady is discovered drowned… Martha!

Martha is no longer alive, and her twin sister Giulia, the young daughter of a German soldier, is left to face with the severe trauma of loss and the consequences of her murder. The search for the truth is hampered by cryptic legends and the looming dread of war.

The Dark Pictures Anthology is a collection of standalone, cinematic branching horror games in which your choices in the game impact the tale and the outcome.

The third game in the series is House of Ashes.

At the end of the Iraq War, Special Forces searching for weapons of mass destruction discover something far deadlier. A hidden Sumerian temple containing a nest of strange creatures. They must form a brotherhood with their foes from the world above to survive the night below.

Set mostly during the Iraq War and featuring nasty, vampiric animals. Any of the five main characters can die throughout a playthrough, exactly like in the previous games.

The decisions and repercussions of the plot can have a significant impact on how the narrative can vary, as well as helping to determine the destinies of the characters.

Though a single playthrough of the game is quite brief, there are numerous results and story variations to find by replaying the game. If you’re brave enough!

What would you do if your worries were manipulated? Bloober Team, the makers of Layers of Fear, has released observer, a cyberpunk horror game.

Explore a bleak cyberpunk planet plagued by plagues, violence, and filth. Hack into the jagged minds of the mad as the new first line of neural police.

If you’ve never gone to a haunted house but want to know what it’s like, now’s your chance. Visage was created by SadSquare Studio and released in 2020 for the PS4 and 2021 for the PS5.

The game takes set in a house that has seen years of disasters ranging from demonic possessions to unjustified killings.

It is divided into four episodes in which the protagonist Dwayne goes through a series of disturbances and spectral visions while solving riddles and following clues in order to escape the mansion.

Dwayne is compelled to take medicines to keep his sanity as doors slam, clocks chime, lights flicker, and electronics turn on and off. With the dark lighting, it’s impossible to tell who or what is next to you.

As you progress around the mansion, you’ll come across various situations ranging from psychiatric facilities to horrifying cemeteries.

This game is in a league of its own due to the effective use of flickering lights, rains, terrible shocks, soaring anxiousness, and disturbing sounds.

Visage is a nightmare you don’t want to miss if you enjoy terrifying games.

It is the sequel to the 2017 horror platformer Little Nightmares and one of the top PS5 side-scrolling games.

This game introduces a completely new environment packed with new characters and experiences while preserving the original game idea.

Six, the hero from the last Little Nightmares game, and Mono. The protagonist who must start on a journey to save Six’s life, are the two primary characters.

Mono must travel to The Signal Structure, a mysterious nightmare tower. To discover its secrets and stop the source of evil from spreading farther across the lands.

As he travels through a perilous world, he defeats foes, overcomes barriers, and answers perplexing puzzles.

Mono encounters Six at some point in the game, and the two of them flee the terrifying shotgun-wielding hunter who has Six imprisoned.

The two eventually arrive in a terrifying city filled with hypnotic television sets, ghostly children, frenzied students, a long-necked instructor, and all manner of freaks and oddballs.

The Evil Within 2 is the newest version of the survival horror from mastermind Shinji Mikami. Sebastian Castellanos has lost everything. When he is allowed to save his daughter. He is forced to return to the terrifying world of STEM.

As the universe twists and warps around him, terrifying threats arise from every corner. Will Sebastian confront adversity with weapons and traps, or will he hide in the shadows to survive? 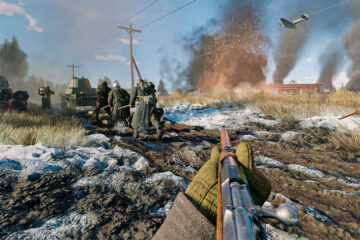 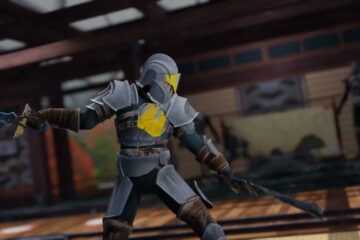