Hazelight Studios has been pushing the boundaries of current co-op games. Allowing players unprecedented options to interact with a partner, friend, or loved one.

It Takes Two is a multiplayer game in which players take on the roles of Cody and May. An estranged couple contemplating divorce. When a mysterious curse turns them into dolls, they must use their unique abilities to navigate innovative platforming levels to escape. They try to restore their damaged relationship along the road.

It Takes Two rarely employs the same mechanic twice, creating an unpredictable and entertaining trip for friends and couples to share. It’s a unique co-op game, but there are a lot of other incredible cooperative experiences to dive into once you finish it that is just as great.

To add more spice, we’ve also a list of the most demanding genshin impact alternatives.

While combat is only a small part of It Takes Two, the game does an excellent job at portraying the rush and thrill of third-person shooters like Gears 5.

In reality, both games have a plethora of fantastic and memorable set pieces that place players in the middle of the action with life or death stakes.

Even if Gears 5 isn’t as easygoing as It Takes Two, you can always lower the difficulty and enjoy one of the best co-op shooter campaigns ever.

Furthermore, because it is part of a franchise and all Gears of War games support co-op, gamers may spend a weekend with a friend playing through the entire series up to Gears 5. While doing so, players can undoubtedly boost the stakes by increasing the difficulty of the game, making gameplay even more frantic.

As a result, the player is forced to talk more, which gives them a sense of achievement.

Aside from that, the game has a slew of multiplayer-driven side activities such as Horde, Escape, and a slew of other PvP modes.

Sackboy: A Big Adventure, a continuation of the co-op-driven PlayStation platformer LittleBigPlanet, is our pick for everyone who appreciates It Takes Two.

In it, players take control of Sackboy, the series’ mascot, as he embarks on a magical adventure to save his home Craftworld from the nefarious Vex.

The gameplay, similar to It Takes Two, blends 3D platforming sections with puzzle-solving and active fighting that relies on players cooperating.

The same doll-like aesthetics as It Takes Two, but with more inventive environments to platform across. The nicest part about the release is that it has since received several multiplayer-friendly upgrades. Crossplay and Online Cooperative modes will allow gamers from all over the world to join It .

also has a well-designed local Co-Op option for those who prefer a more personal couch-based experience.

Sackboy’s story can be played with up to four players online, locally, or a combination of the two, with some challenges requiring a particular number of players to complete.

A Way Out, another cooperative-driven action game directed by Josef Fares, was created by Hazelight.

It casts players as either Leo or Vincent, two buddies with extremely different personalities who must work together to escape from prison.

While not as family-friendly as its predecessor, the game does an excellent job of providing meaningful gameplay that requires two players to collaborate.

The game’s mechanics are built on the idea that everyone who plays it will be experiencing it alongside someone else. In A Way Out, players take on the roles of Leo and Vincent, two convicts attempting to escape from prison.

Leo and Vincent are wholly independent people with their own stories, just like Cody and May in It Takes Two. Although it isn’t as crazy and whimsical as It Takes Two, A Way Out is a wonderful game to play after finishing It Takes Two.

This contains a plethora of dramatic set-pieces, memorable dialogue, and support for both local and online co-op, with only one person requiring a copy of the game.

one of the best co-op campaigns ever

Players take on the roles of the robots Atlas and P-Body as they explore a series of test chambers at the command of the series’ main villain, GLaDOS.

Portal 2 requires you and a teammate to operate opposing ends of a portal gun, similar to how players in It Takes Two must combine Cody and May’s distinct tools.

Portal 2 also has a fascinating single-player mode that is completely independent of the cooperative mode. This means that individuals who have already completed the game on their own will be able to find a whole new storyline to go through with a companion and vice versa.

To get through the many traps, turrets, and other obstacles scattered across each level, constant communication is required.

Consider picking up Unravel Two, another co-op-focused platformer published by EA and developed by Coldwood Interactive.

The plot revolves around two small yarn creatures known as Yarnys as they travel through a world filled with both beauty and danger at every turn.

To make it to their final destination, the Yarnys must outrun dangerous predators, navigate around sharp items, and survive terrible weather conditions.

This is depicted in-game by a connected thread that connects both characters while also allowing them to run, jump, and swing through difficult areas.

Strange of Paradise: Final Fantasy Origin is one of the most original spin-offs in the Final Fantasy series. Although players can simply run through the plot and enjoy the action for themselves, many believe that this release is far better played jointly.

Stranger of Paradise, like many action games from the PlayStation 2 period, uses an instantly known set of action game concepts to produce a thrilling game with large weapons and loads of loot.

Final Fantasy can be played entirely by yourself to obtain a first-hand perspective of the plot and game action.

However, gamers believe that cooperating is far superior. Players can invite up to two people to an online room. Public or private online rooms are available.

The cooperative option works unexpectedly well, making this a Final Fantasy adventure that fans will remember fondly because of its unexpected inclusion of a cooperative style of play.

Grounded, like It Takes Two, shrinks its primary protagonists and throws them into a chaotic journey. Grounded, unlike Hazelight, is a survival game situated in the protagonists’ garden, which reveals to be extremely perilous when experienced from a different perspective than usual.

The game generally follows the genre’s usual gameplay loop. With players tasked with gathering resources, constructing a base, and fending off a few predators.

While Grounded may be played alone, it also supports co-op, allowing players to work together to overcome the obstacles of an unruly lawn.

If you haven’t discovered the fun and cartoonish nature of StudioMDHR‘s Cuphead by now, this may be the happiest or worst day of your life.

This 2D side-scrolling platformer has a distinct look that is reminiscent of 1930s cartoons.

Not only the style, but the entire Cuphead package is distinct, from the boss battles to the puzzles themselves. Cuphead’s true strength is that it is an exceedingly challenging game.

Cuphead becomes significantly more difficult when played with another person via couch co-op or multiplayer, as the boss’s health doubles and everything is turned up to eleven. This, however, should not stop anyone from playing the game.

Since the initial game’s release in 1996, Diablo has been regarded as the gold standard for loot-dropping, and demon-slaying fun and nothing has changed since then.

However, we do have three complete Diablo games, the most recent being Diablo III.

It’s been reborn as a co-op adventure with up to four players on the same machine with only one copy of the game necessary. What more could you want than Diablo demon-slaying on the go?

Being able to do this with friends at home or wherever you are is an added bonus. So if you want to hang out while murdering opponents, this is the way to go.

We also have a complete list of game alternatives to the diablo series. Check out and let us know which one is your favorite

Related: 13 best games like Diablo if you are bored

This day might be the best day of your life, if you haven’t played or heard about borderlands.

Do you enjoy loot? Do you enjoy taking pictures? Collect loads of items with a friend and take on the role of Vault Hunter in the most bizarre Borderlands ever. Zip from planet to planet in search of a mysterious vault that may contain some of the game’s most valuable items. And grab as many guns as you can carry while you’re at it.

When you roll up with buddies to fight psychos and robbers and then pick over the loot from their falling bodies, they won’t know what hit them. On Pandora, it’s just another day. 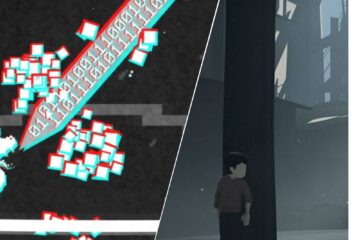 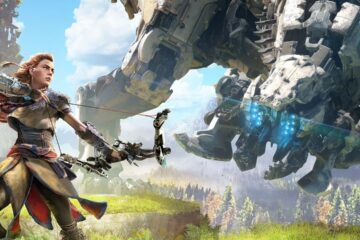