This year was quite busy for the gaming industry. Hundred of Games are launched this year. And the gamers also loved these games. There were also big changes in the game development. Every Gaming industry is becoming more challenging and hard to beat. more hard game levels more interesting it becomes. The gaming industry isn’t focusing on Heroes nowadays. It’s quite hard to beat villains in professional games nowadays. This year was quite hard for us and some people due to COVID. But this was also fun. Because we learned how to live like a family. After all this, we come up with the idea of making a rewind for the gaming year 2021. We’ve made a list which contains the most anticipated and interesting games of the year. We’ve made a list that contains the top games of 2021.

8th installment of IO Interactive. Hitman 3 was one of my favorite game of month January. Hitman 3 initially released on January 20, 2021. The game got a 95% like ratio on Google. The most anticipated game. This is a sniper shooting game developed and published by IO interactive. It is the eighth installment by the industry and the final entry in the world of assassination trilogy. The single-player story concludes the plot arc started in Hitman and follows genetically-engineered assassin Agent 47 and his allies as they hunt down the Partners, the leaders of Providence which is the secretive organization controlling the world’s affairs. Hitman 3 received positive reviews from critics. This game is available on Microsoft Windows, Xbox and Playstation This was one of the favorite and top games of 2021

In the game, 47 travels to various locations and carries out contracted assassinations, continuing the story of the last two games. Dubai, Dartmoor, Berlin, Chongqing, Mendoza, and an epilogue set in the Carpathian Mountains, Romania. The new locations in Hitman III also include some shortcuts. Each stage includes several locked doors which can only be unlocked from one side. And once these doors are opened. It will stay open in future gameplays and walkthroughs. Unlike hitman II, Hitman III kept contract mode Where a player can select up to 5 targets across the 24 new maps in the series with rules and complications. This mode gives extra possibilities after the main mission.

Super Mario is a fantasy game published by Nintendo. Bowser’s Fury is a 2021 platform game bundled in with the Nintendo Switch release of Super Mario 3D World. the player controls Mario through Lake Lapcat a 3D, cat-themed open world to complete challenges and collect “Cat Shines” to dispel a black sludge that’s infecting the land and free Bowser from its control. This was one of the favorite and top games of 2021

Bowser’s Fury is an open world platform game in which the player, as Mario, completes challenges, collecting “Cat Shines” tokens to free Bowser and Lake Lapcat from the controlling black sludge. Its core gameplay is similar to that of the 2013 platform game Super Mario 3D World. While on a walk, Mario discovers a mysterious black sludge M in the Mushroom Kingdom. After being
soaked up by it, Mario finds himself in an archipelago of cat-themed islands called Lake Lapcat that has become overrun with black mud. Upon his appearance, Mario encounters Fury Bowser, a dark version of Bowser that has grown to enormous size. Mario collects a Cat Shine, causing Bowser to retreat. Bowser Jr. appears and pleads for Mario’s help restoring his father to normal, and Mario reluctantly agrees.

The two travel across Lake Lapcat to obtain Cat Shines, aided by Plessie the aquatic dinosaur. After obtaining a certain number of Cat Shines, Mario gains access to the Giga Bell, a super-powered variation of the Super Bell. The Giga Bell transforms Mario into Giga Cat Mario, a colossal version of his regular cat form, allowing him to battle Fury Bowser.

Despite this, he remains colossal and out of control, and steals the three Giga Bells. Mario manages to retake the bells, using all three to turn Plessie into a giant and crush Bowser. Bowser returns to his normal size, and Bowser Jr. breaks off his alliance with Mario as the two retreat. Mario and the cats of Lake Lapcat celebrate their victory atop the still giant Plessis.

It Takes Two is an action-adventure platform game developed by Hazelight Studios and published by Electronic Arts. The game was released for Microsoft Windows, PlayStation 4, PlayStation 5, Xbox One, and Xbox Series X/S in March 2021. the game does not have a single-player option. it is playable only in either online or local split-screen all-around co-op between two players. It Takes Two received generally favorable reviews from critics and won multiple year-end accolades, including all around Game of the Year at The Game Awards.

It is specifically designed for split-screen cooperative multiplayer, which means that it must be played with another player through either local or online play. The game features a large number of game mechanics from various video game genres. These gameplay mechanics are connected to the story and the theme of the level. For instance, in one level, Cody gains the ability to rewind time, whereas May can replicate herself. Players have to cooperate with each other and utilize these abilities in order to progress. The game also features a large number of minigames. This was one of the favorite and top games of 2021

Cody and May, a married couple, are planning on getting a divorce after Cody argues with May about her working all the time, and May arguing back that Cody never shows even a little appreciation for her job. After telling their daughter Rose that they are divorcing, Rose takes her hand-made dolls, which look like her parents, into the family shed, and tries to repair their relationship by play-acting. The parents find themselves trapped inside the dolls’ bodies in consequence of a tear landing on the dolls. Dr. Hakim, who has assumed the anthropomorphic form of his relationship therapy book, tells May and Cody that he has been given the job of trying to fix their relationship as they try to reach Rose.

Outriders is an online-only action role-playing third-person video game developed by People Can Fly and published by Square Enix‘s European subsidiary. It was released on April 1, 2021, for Microsoft Windows, PlayStation 4, PlayStation 5, and Xbox series.

At the beginning of the game, players create their custom characters and choose from four classes, each of them with unique abilities that the players can use. The four classes include the Trickster, which can manipulate time, the Pyromancer, which can manipulate fire, the Devastator, which can unleash seismic attacks, and the Technomancer, which uses turrets and other devices. These special skills have a short cooldown time and can be combined with other skills for maximum effects. The game features a skill tree that allows players to unlock and upgrade their skills.

During the middle of the 21st Century, Earth has passed the point of no return as climate disasters grow more frequent and dangerous, Exceptional humanity’s ability to reduce them. The major governments of Earth combine their resources under the newly formed Enoch Colonization Authority (ECA) in a last-ditch effort to preserve humanity on Enoch, a distant Earth-like planet. Two massive colony ships, the Caravel and the Flores are built, each holding 500,000 colonists. Despite the Caravel suffering a disastrous explosion in the middle of construction, the Flores successfully reaches Enoch’s orbit in 2159, after an 83-year journey. The first humans to set foot on Enoch are the Outriders, a team of elite soldiers tasked with scouting the landing zone and paving the way for the colonists.

However, the Outriders quickly discover the Anomaly, a massive and deadly energy storm. The Outriders attempt to warn the ECA to abort the colonization, but the ECA leadership instead sends their security forces to silence the Outriders by purging them. One of the Outriders, having survived exposure to the Anomaly, is mortally wounded during the fighting and is put back into cryostasis by Shira Gutmann. This was one of the favorite and top games of 2021.

Resident Evil Village uses a first-person perspective. It is set in a snowy explorable Eastern European village, described as “pulled straight from the Victorian era” and much larger and immersive than its predecessor. Structures and buildings in the central village can be climbed and used to fight enemies. Compared to Biohazard, the game is more action-focused, with protagonist Ethan Winters now equipped with more combat skills due to military training. The game’s primary enemies, the werewolf-like Lycans, are not only nimble and intelligent, but can flourish weapons and attack in packs, forcing the player to rethink their strategy on whether to utilize scattered ammunition, use melee combat, or simply run away. Similar to Resident Evil 4, makeshift barricades can be used to fend off enemies.

This was the list of top games of 2021. Stay Tuned For More Interesting News. 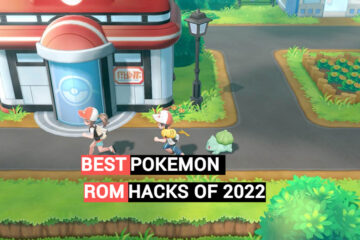 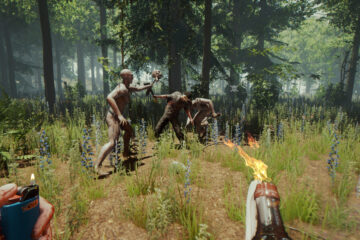