What are the best Boxing games for PS4 you can play in 2022?

You want to knock someone’s block off? So put on your gloves, because we’re about to list the best boxing games for the PS4 in 2022.

Boxing is a popular sports genre in video games, particularly in VR… which will have a few entries on this list.

And, as we’ll see, boxing games aren’t limited to what you’d expect to see in a boxing ring.

We researched and evaluated a variety of the best-selling ps4 boxing games on the market, ranging in price from $5.00, to compile our list of the best ps4 boxing games. UFC 4 Game is our top pick due to its superior overall performance. If you’re not sure what to look for, browse the rest of our list and consult our buying guide!

So let us now appreciate the fantastic genre of boxing video games.

Okay, I understand that MMA is not the same as boxing. So I had no intention of including this game on our list of the best boxing games for PS4.

However, I kept returning to it, and after including games about knights punching people and drunk fights in bars… there’s no reason why I can’t include mixed martial arts.

Because, in reality, that “mix” would contain boxing.

UFC 4 is the most recent MMA game title from EA Sports, a company that knows a thing or two about sports video games.

And UFC 4 represents the pinnacle of MMA game titles, with a massive roster of fighters and a wide range of combat techniques available. And it’s only getting bigger. Not strictly boxing, but absolutely one of the best fighting games and a must-have for any fan of boxing, jiu jitsu, mma, and tattooed dudes without shirts or shoes.

Step into the ring in Big Rumble Boxing: Creed Champions to demonstrate your boxing prowess in a knockout arcade experience.
Practice your boxing moves in classic Creed and Rocky training montages, then face off against world-class opponents in a variety of thrilling locations while following each character’s unique story.

Challenge Your Friends and Family in Local Multiplayer Mode, where you can show off your hard-hitting boxing moves in intense head-to-head battles.

When he mentioned Punch-legacy, it wasn’t a joke. With different duck heads, dark organisations, and a striking visual aesthetic, Out’s Pato Box is a clear homage to Nintendo’s previous work.

Pato Box is a one-of-a-kind ages-appropriate game with an explorable open world (that somehow manages to preserve the appearance and feel of Punch-Out).

You must go forth, combat the evil movement’s numerous minions, and discover the truth about their dark secrets as well as your own. Also, if you enjoy the rewarding gameplay of Punch-Out but also want a crazy story to go with it, Pato Box is the game for you. It’s ridiculous, which contributes to its uniqueness.

You are Adonis Creed, battling for your legacy in the ring and beyond. Face off against the world’s best opponents in an intense boxing experience that allows you to train, fight, and win like a Creed.
Experience Creed combines the pulse-pounding excitement of boxing with the cinematic thrill of a blockbuster film. Ascend to Glory

Punches and defense maneuvers tailored to your boxing style for true, satisfying combat. Choose Your Own Adventure with the Story-Based Career Mode. Get in Shape with Training, and Make Custom Matches in Free Play.

Choose Your Champion, Then Create a Custom Fight with a Friend. Find Your Contenders in Quick Matchplay. Fight the Most Iconic Figures From Creed and Rocky in Free Play Or PvP. Including Rocky Balboa, Ivan and Viktor Drago, and More!

When it comes to the best boxing games for PS4, you never want to overlook a classic like Fight Night Round 4.

This one is the work of EA Sports. The cover of the game features Muhammad Ali and Mike Tyson, two legendary boxers. The best feature of the game is that it has 48 licensed players.

There are several additional game types, including legacy variants. The game simulates being in the ring during a real-life boxing match. To win the fight, you must think and act strategically; otherwise, you will be knocked out. Many physics-based controls with detailed movements can be found in the ring. You can also quickly select a player and use his skills and opportunities to improve your game ranking.

You will also not have to spend a lot of money to appreciate this timeless masterpiece. Finally, the game features stunning graphics and simple controls. There will be nothing to complain about, and it is worthwhile to attend.

Select from 18 exciting sporting events ranging from tennis and football to the 100m, basketball, and boxing—always there’s a record to break and a score to settle.
The Olympic Games Have Returned, and This Time Is Your Chance to Shine – Whether you play with friends, and family, or compete for gold on the global leaderboards, this is a party game that anyone can learn and enjoy. Celebrate the World’s Greatest Sporting Event and join the fun in a friendly competition.
Pick-and-Play – Go for Gold in a Wide Variety of Arcade-Style Sports, No Matter What Your Gaming Level Is.
Create Your Ideal Olympian – Dress to the Nines on the World’s Largest Stage with Over 50 Costume Designs for Your Avatar.

New and Returning Characters Will Be Added to the Diverse Roster, Offering a Wide Variety of Fighting Styles for Players to Choose From Brand New and Sealed. New Strategies and Battle Mechanics That Revolve Around the V-Gauge and EX Gauge, Provide An Unprecedented Layer of Strategy and Depth.
Capcom’s Adventure Horror game

It’s another VR game, all right. But we can assure you that this one is totally worthwhile.

For the PSVR on the PS4, there is a boxing game called Knockout League that has excellent graphics and is reminiscent of Overwatch.

Additionally, the game will put you through extensive training before placing a pirate, an octopus, and some regular guys in front of you in a fight, each with a different fighting style to test your abilities.

Unfortunately, the Wii Boxing Gloves for the PS4 was never released, but I suppose we can still use genuine boxing gloves while playing in virtual reality.

Nearly all boxing supporters have fantasized about taking part in the Ultimate Fighting Championship. And you might realize your dream with this game.

There are numerous game types accessible here, including career, team, and practice. It is praised for its accuracy and realistic gameplay because it makes use of a knockout physics system.

With this, you’ll be able to physically feel every action you take, including punches and kicks. Another advantage is the game’s excellent aesthetics and fluid graphics.

Being the most recent game has its benefits because it contains a lot of cutting-edge technology that is not included in other games. One of the top PS4 boxing video games is this one.

You can play a new VR boxing game right now. one that takes place in less formal settings this time.

These battles are undoubtedly illegal.

What you expect from Drunkn Bar Fight is precisely what it is. In bars, there is a game called “boxing” that goes on.

And you won’t simply be throwing your hands around… People can also be blasted in the face with a fire extinguisher or given a pint of beer to the head.

Although I don’t support the actions in this game, it is only a game. so go ahead!
Try this game for a change of pace if you get bored playing traditional boxing games in a ring. Additionally, there are no rules in this game; your only requirement is to eliminate your opponent.

Everything that comes your way, including seats, drinks, and even chips, is yours to throw! However, you tend to drink more when you feel better about yourself.

It’s accessible on PS4, Steam, Oculus Quest, or in real life if you just want to go to the nearest bar.

However, when you play a game that resembles the first Doom and you play as a knight who punches their way through dungeons… It’s difficult to omit it.

Still a game that emphasizes punches to the face.

accessible through the Steam Store for the PlayStation 4, Nintendo Switch, and Windows platforms.

Punch Club for the PS4 is a fantastic game for fans of the ’80s thanks to its amazing pixel art style and blend of simulation and classic beat ”em-up gameplay. Sims and bad guys combined.

This boxing-themed game will be a blast for fans of the most recent Teenage Mutant Ninja Turtles: Shredders Revenge movie.

In addition to trying to figure out who killed their father, the player’s responsibility is to manage an up-and-coming boxers, train them, and corner them in fights. Senses well.

The game is just distinctive enough to truly grab your attention, and the cutscenes and gameplay are both absolutely beautiful. It is obvious that this game was in high demand because it has versions for Windows, macOS, iOS, Android, Nintendo 3DS, Nintendo Switch, Xbox One, and PlayStation 4.

This game is fantastic. It’s perfect for us. And we can’t stress this enough: Try it.

One of, if not the best boxing games ever made for the PS4. 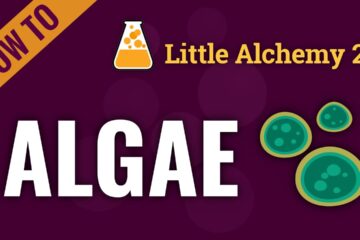